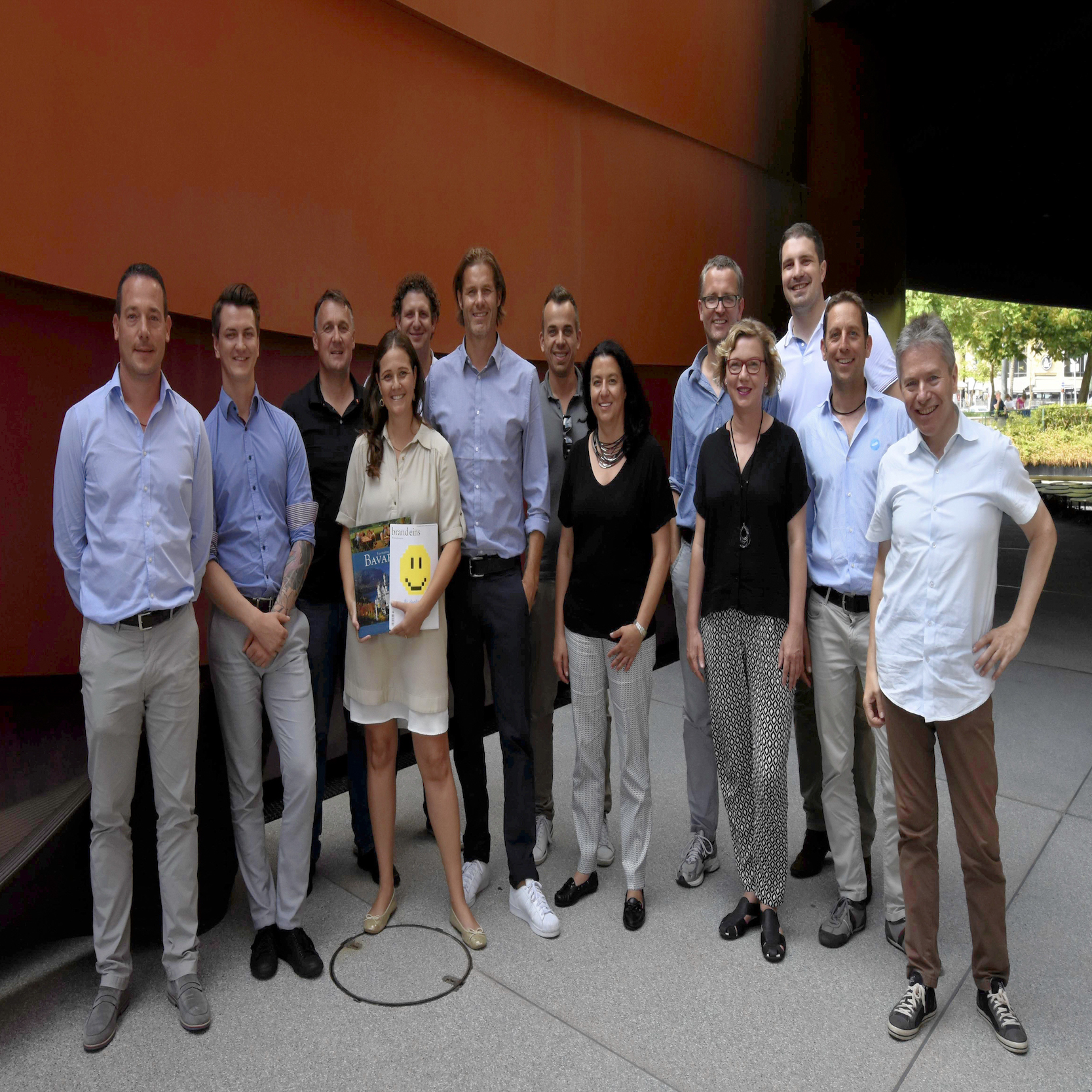 German businesspeople have lately been showing increasing interest in Israel. Just over the past few months I’ve flown to Germany a few times to lead workshops in a very appealing German company that acquired an Israeli company and asked me for meaningful content on how to work with Israelis. Later I was interviewed by “brand eins,” a German financial magazine (for those of you who can read German, here’s a link to the article “Wirtschaftswunderland”:  https://www.brandeins.de/archiv/2016/digitalisierung/israel-hightech-wirtschaftswunderland/).

In addition, 11 MBA students from the Munich Marketing Academy (http://meetus.mba) came to Israel last month to experience the country’s dynamic business environment. Their group consisted of experienced professionals in IT, marketing, sales, tech

nology, entertainment and the health care industry. They met with Israeli companies and organizations such as Weissbeerger, Fortvision, Gauzy, SoftWheels, the Israel-German Chamber of Commerce, and myself at OLM Consulting. At our meeting, we spoke at great length about the German-Israeli cultural gap as well as their first impressions of Israel. Here is a sampling:

Chris (head of marketing) was very excited to see the “no-fear mentality” in Israel. This Israeli characteristic is also reflected in the attitude that it’s okay to admit that you’ve failed in the past and that you also gain experience from your failures. (You can read more about this topic in my previous blog, “The Positive Attitude toward Failure in the Culture of Israeli Innovation” (https://olm-consulting.com/positive-attitude-toward-failure-culture-israeli-innovation/).

Pascal (field representative) added that it was wonderful to see so many Germans products in Israel and that, more than 70 years after the Holocaust, Israeli people can move forward, without forgetting, and work with Germans in such a delightful way. He also mentioned how the people in Israel are very open, with a friendly look in their eyes.

Oliver (vice president of corporate communication) said he felt that Israel is the place where Silicon Valley meets the European business style, with less formality. He also emphasized that Israeli entrepreneurs bear the international market in mind from the very beginning. Since the domestic market in Israel is so small, Israelis always think in terms of the global market, which saves on later adaptations.

Rike (sales and marketing manager) said that for a bit of business inspiration you should go to Israel and you will come back with new ideas, impressions and possibilities. She remarked that Israelis are kindly welcoming, open-minded and always busy.

Daniel (consultant) spoke about Israeli chutzpa, which he finds to be a mixture of purposeful, intelligent effrontery, charming sharpness and irresistible audacity. And he liked it. He feels that in Israel we don’t waste time by “talking around the subject”; the sense and purpose of any conversation is clarified early on, without any detours.

German people are considered to use a direct style of speech, like Israelis; however, there are differences between the two styles. Israelis are much more emotional when they talk, so they sound more direct and assertive. Also, Germans organize their thoughts before expressing them out loud, whereas Israelis don’t usually take the extra step to do that.

Similarly, Israelis tend not to overly prepare for discussions or for any-sized projects in the business arena. They improvise a lot and run straight from getting a good idea into its execution, with little time for planning. Germans typically view the planning process as a very important part of any project, and therefore invest much time and money in that stage.

This is a challenging situation when it comes to cross-cultural communication between the two cultures. But with mutual understanding and proper collaboration, both sides in joint projects can benefit from and enjoy the advantages of both valuable approaches, choosing when it is right to plan in greater detail and when it is appropriate to plunge into improvisation and take risks.

You can also find information about Osnat Lautman and the services offered by OLM Consulting at www.olm-consulting.com.

Leading Virtual Teams That Include Israelis

Leading Virtual Teams That Include Israelis Leading any virtual team is quite challenging; and leading one that incorporates Israelis is that much trickier. Virtual teams exist across physical and cultural boundaries. They share a common purpose, while mainly using web-based…

The Human Aspect of M&A

‘Mergers and Acquisitions’ is abbreviated as M&A, but those initials could just as easily stand for the ‘Morning After.’ Because, just like with any new relationship, on the very next day so many significant issues can start popping up, things…

A Practical Roadmap for Common Intercultural Challenges In the modern world, most of us frequently deal with people who have diverse ways of communicating—people whom we come across in every area of life, including our careers and social lives. Such…

Your Journey to Global Leadership Success